We would like to offer our sincere support to anyone coping with grief. Enter your email below for our complimentary daily grief messages. Messages run for up to one year and you can stop at any time. Your email will not be used for any other purpose.

Share a memory
Obituary & Services
Tribute Wall
Read more about the life story of Norman and share your memory.

Norman E Johnson, 81, of Mill Hall passed away peacefully on January 3, 2023, at The Gatehouse in Williamsport with family by his side. Norm was born on February 10, 1941 at home in Jersey Shore to the late Effie Welshans and Eugene Spong.

He was a 1959 graduate of Jersey Shore High School. He owned Norm’s Body Shop in Avis and Jersey Shore before opening The Kar Lot in Mill Hall.

Norm’s hobbies included collecting Gravely tractors and joking around with family and friends. His true passion was flying and his Piper Comanche planes. He was very proud to find and restore the very first Comanche built at Piper,  SN #1-PA 24.

Along with his parents, Norm was preceded in death by his stepfathers Marty Johnson and Barry Welshans, infant daughter Brenda, and brother Dale Johnson.

A funeral Service for Norman E. Johnson will be held Sunday, January 8th, 2023, at 3:00 PM in the Gedon Funeral Home, 121 West Main St. Lock Haven, Pa 17745. Officiating will be Pastor P. Franklin Hartzel, retired Methodist Minister. Family and friends will be received in the funeral home Sunday at 1:00 until time of service. Interment will be in the Oval cemetery at the convenience of the family.

Online thoughts and memories can be made at www.gedonfuneralhomes.com or Gedon Funeral Homes Facebook Page.

To send flowers to the family or plant a tree in memory of Norman E. Johnson, please visit our floral store. 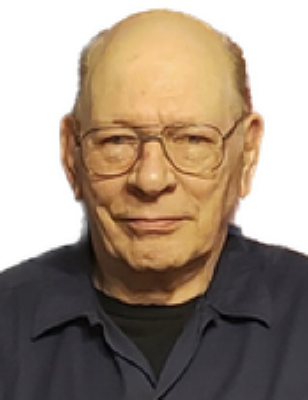 Look inside to read what others
have shared
Family and friends are coming together online to create a special keepsake. Every memory left on the online obituary will be automatically included in the book.

Look inside to read what others have shared

Family and friends are coming together online to create a special keepsake. Every memory left on the online obituary will be automatically included in the book.

You can still show your support by sending flowers directly to the family, or by planting a memorial tree in the memory of Norman E. Johnson
SHARE OBITUARY
© 2023 Gedon Funeral Homes. All Rights Reserved. Funeral Home website by CFS & TA | Terms of Use | Privacy Policy | Accessibility