We would like to offer our sincere support to anyone coping with grief. Enter your email below for our complimentary daily grief messages. Messages run for up to one year and you can stop at any time. Your email will not be used for any other purpose.

Share a memory
Obituary & Services
Tribute Wall
Read more about the life story of Joseph and share your memory.

He was born March 6, 1938 in Lock Haven, PA.  He was the son of the late Joseph L.(Soupy) Sanders Sr. and Velma Williams Sanders.

Joe was employed by Lock Haven News Agency, The Garden Theatre as the popcorn man, Saxe Store, as a carpenter for Robert Holmes and Blaine McKivison Construction, Clinton Paper Company, in 1966 he was hired by the City of Lock Haven as a Police Patrolman and worked his way up the ranks to Police Chief retiring in 1992 and in 1961 joined the PA Army National Guard retiring in 1998 as a Lieutenant Colonel.

Joe enjoyed camping, hunting, fishing and family crafting projects with his wife.  He also enjoyed all his friends, happy hours, and “machines” in the Port Charlotte Florida area.

A funeral mass will be held Saturday, January 7, 2023 at 12:00 pm in the Holy Spirit Parish – St. Agnes Church, 3 East Walnut St. Lock Haven. Officiating will be Father Jozef Kovacik  Family and friends will be received in the Gedon Funeral Homes & Cremation Services, LLC, 121 West Main St., Lock Haven on  Saturday  morning 9:30 until 11:45 am.  Interment will be in the St. Agnes Cemetery at the convenience of the family.

Online thoughts and memories can be made at www.gedonfuneralhomes.com or the Gedon Funeral Homes Facebook Page.

To send flowers to the family or plant a tree in memory of Joseph L. Sanders, Jr, please visit our floral store. 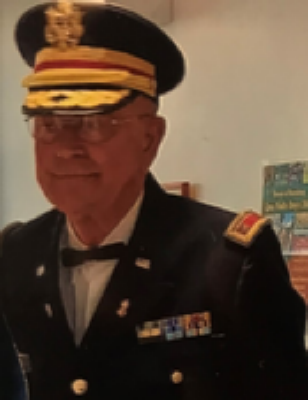 Look inside to read what others
have shared
Family and friends are coming together online to create a special keepsake. Every memory left on the online obituary will be automatically included in the book.

Look inside to read what others have shared

Family and friends are coming together online to create a special keepsake. Every memory left on the online obituary will be automatically included in the book.

You can still show your support by sending flowers directly to the family, or by planting a memorial tree in the memory of Joseph L. Sanders, Jr
SHARE OBITUARY
© 2023 Gedon Funeral Homes. All Rights Reserved. Funeral Home website by CFS & TA | Terms of Use | Privacy Policy | Accessibility